Eiffel Tower is a work associated with the image of France and the magnificent capital Paris. Eiffel was built in 1889 by engineer Gustave Eiffel designed and built. Grass tower with a height of 300 meters, located on Champ-de-Mars park, next to the Seine river, Paris city.

The tower is divided into three floors: From the top of the tower, the view is up to 67km. Every seven years, it takes 50 tons of paint and 40,000 hours of labor to repaint the tower.

In 1889, France wanted to organize an exhibition to celebrate the 100th anniversary of the French Revolution. With the desire to assert itself as an industrial power. At the same time, we also want to show the boldness of the French in taking the lead when using construction materials of iron, steel, cast iron, etc. The Eiffel Tower was born from that.

According to statistics, by 2007, the tower had more than 236 million visitors. In 2007 alone, the Eiffel Tower welcomed nearly 7 million visitors, maintaining its position as the most attractive toll building in the world.

The symbol of the “light capital” has been recreated by Ninrio in the 3D Eiffel Tower card template. Cards suitable for birthday gifts, anniversary gifts. Or used to decorate the reading room, library, office.

The castle is a solid structure built in Europe and the Middle East during the Middle Ages. These buildings are also known as citadel or stronghold. They were built by nobility and royalty.

The main features of the castle are high walls, deep moats, and many floors. Castles in Medieval Europe were usually square in design. And the built walls circled the outside. Above the castle there are many watchtowers. City walls are usually made of stone. Surrounding the castle is a deep moat.

Versailles castle in France, Windsor castle in England, Strassoldo di Sopra castle in Italy … are the most beautiful ancient castles in the world.

Splendid and ancient castles have been shrunk by Ninrio in the 3D Ancient Castle card template. The card is suitable for birthday gifts, anniversary gifts for relatives and friends.

The London Eye is a famous work of England. It is located on the banks of the River Thames and is located between the 2 Westminster – Hungerford bridges.

This is the highest roundabout in Europe, which attracts a large number of tourists. According to statistics, about 3.5 million tourists visit this work every year.

Inspired by the London Eye, Ninrio has released a card that simulates that great work. The card has a strong impact on the viewer at the first moment because of its sophistication. The fine, small details are meticulously assembled to help the work stand “stand tall” in the middle of the card. 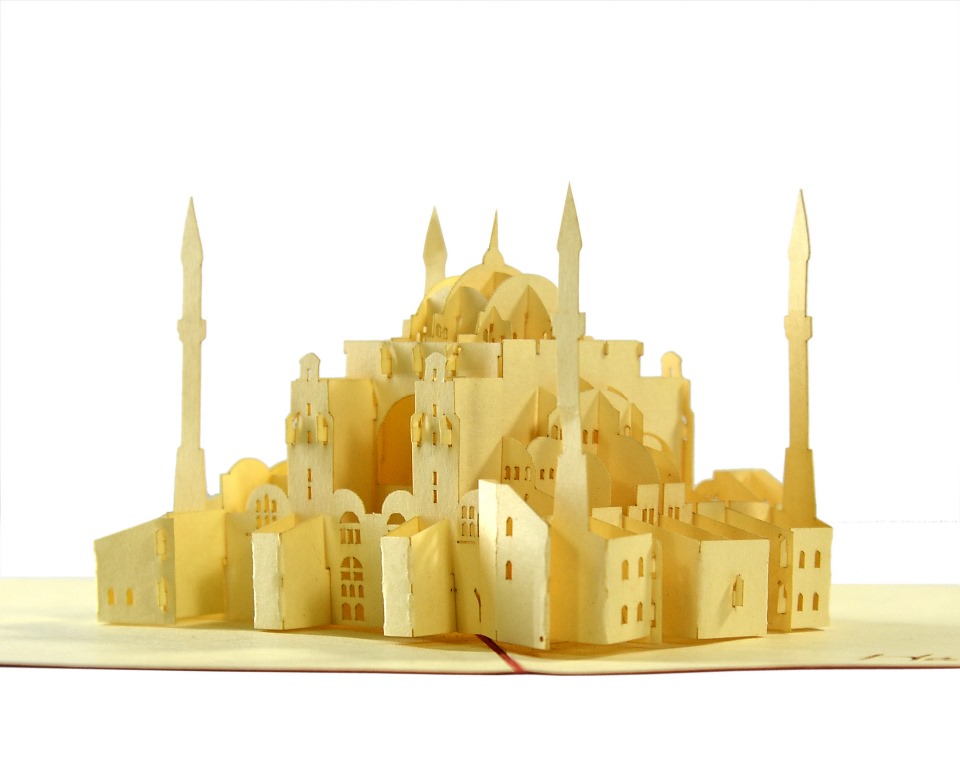 HMG is a unit specializing in providing handmade floating card services for all kinds of holidays of the year: wedding greeting cards, New Year’s greeting cards… and even heart cards.

Customers can be assured of the quality when using HMG’s handmade embossed card service because the time of card printing is always shortened as much as possible, ensuring the accompanying quality.

HMG’s cards are made from materials imported from countries famous for their quality such as France and Belgium, so the quality and color of the cards are always guaranteed, making customers want to use the service. Handmade floating card from HMG next time.

The cost of making handmade floating cards is cheap, applying industrial card cutting, especially for customers who order 3D printed cards in large quantities, the more they will enjoy the more incentives.

As long as customers give ideas, the HMG team is always ready to serve, contribute and apply modern technology to be able to print all kinds of cards you want, diverse in designs, sizes…

HMG with the above advantages in the 3D card industry has won a lot of love and received good feedback from customers in Hanoi in particular and customers nationwide in general.

Come to HMGPOP now to print for yourself the best quality handmade embossed cards with the best quality. HMGPOP’s staff is always ready to advise and serve to satisfy customers.